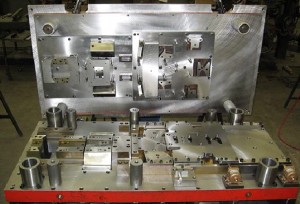 Prior to the discovery of metal, people used simple hand tools crafted from bone, rock and wood. After fire was discovered, humans soon learned that adding heat to certain rocks (ores) would free the metal from the rock. Eventually, the art of extracting and smelting metals and forming them into usable objects evolved. This practice is commonly referred to as metalworking.

Metalworkers were considered very valuable members of early societies. As more and more items and tools began to be made out of metals, more people were needed who were skilled in the craft of metalworking. Objects made out of metals were necessary for industry, farming, jewellery making and defence purposes.

Old coins show that the art of die sinking – a process to create a specific size or shape cavity or opening for casting or forging – was known to the ancient Greeks at least back to 800 B.C. But these artefacts do not show that the use of punches and dies was equally well known.

Eventually coins were made using two (2) dies – a lower die depicting the coin in a negative form, and a similar upper die. The coin blank was placed between the two die halves and then the upper die was struck with a heavy hammer rendering a positive image on the blank. Even today people occasionally speak of coins being “struck.”

The first record of punches and dies used in a machine having guides to ensure punch-to-die alignment, is the fifteenth century, when a German locksmith used them to manufacture hinges. In 1796 a patent was granted to a Mr. DeVere of France for “Dies for Punching and Drawing Sheet Metal,” perhaps the first of its kind.

A significant advancement in metal stamping operations was the emergence of the progressive stamping die. One of the earliest published records describing a “progressive die” is in J.L. Lewis’ 1897 book, Dies and Die Making. Oberlin Smith’s treatise, The Press Working of Metals” (Wiley and Sons, 1896) provides a good likeness of the first die maker that we may ever find but it makes no mention of a progressive die. It does, however, mention “follow-on” tooling and “successive gang cutting,” which are described in a manner that suggests they could be early predecessors to the progressive die.

Progressive die used during the first half of the twentieth century appears to be limited; primarily to large companies producing products in very high quantity, such as electric motor components. The first edition of Die Design Handbook (American Society of Tool and Manufacturing, 1955) contains an entire chapter on progressive dies with numerous examples and illustrations of progressive die designs and die strips for electrical and electric motor components.

Following World War II, most contract metal stampers of the time produced metal stamping in single operation dies and presses. Material came to the press in strips and was hand fed into a blanking die. The blanks ended up in containers which were later brought to the next die operation. The parts were then hand loaded into subsequent forming and cutting operations and then hand unloaded into another container.

As production demand increased, production speed became more important. Operator safety became a problem because operators were often injured while putting their hands into the die when loading and unloading parts. By the 1950s, single operations in single presses made it difficult to keep up with rising production demands.

In 1953, a design engineer named Ed Stouten, along with a partner, started a die design business in Grand Rapids, Michigan called, Capitol Engineering Company. Stouten looked for ways to overcome some of the problems contract manufacturers were having with single hit dies (safety, inefficiency, low productivity) and began to promote the idea of leaving some scrap material between parts to carry them through a single multi-station to some of his customers.

The idea of carrying parts in a strip through a single multi-station die was a foreign concept to many local tool & die job shops and contract stamping companies. Many of Capitol’s customers scoffed at the idea and were unwilling to risk investing their time, money or reputations in the idea. According to Stouten, it took many attempts to find a shop owner who would consider his idea. Stouten made a paper strip layout and showed it to one of the local shop owners. The owner said he would try the idea only if Stouten agreed to pay for the die if it did not work.

Stouten did not have to pay for that die because it worked just as he had planned. What he had not planned was how quickly word would spread among shop owners in the area regarding the success of this idea of retaining the part in a strip. Soon, many stamping companies wanted to run stampings in progressive dies. This created a new problem: Many die designers at that time did not know how to make progressive dies work, so they had to be trained. 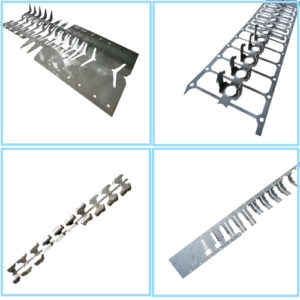 In 1970, the Grand Rapids chapter of the SME asked Stouten to speak about progressive dies at their monthly meeting. One of his die designers, Arnold Miedema, accompanied him to that meeting. Over the next two years Stouten and Miedema were invited to speak at every SME chapter in Michigan and one in Sarnia, Canada. They made drawings to use on an overhead projector to illustrate their concepts and soon attendees asked if they could get copies of the materials. This was the beginning of Capitol Engineering’s 266 page training course, Progressive Dies for Designers, Engineers and Managers.

In 1972, Capitol Engineering was asked to present a three day seminar for SME on progressive dies in Dayton Ohio. For the next 30 years they conducted seminars from the east coast to the west coast in the U.S, from Canada to Mexico and even as far away as Singapore; a total of 133 three-day seminars in all.

We can never know exactly how large an impact people like Stouten and Miedema made in the metal stamping industry, both as innovators who were willing to take chances and as educators willing to share what they learned with others, but what we do know is that they played a significant role in progressive die history in terms of what many of us know and learned about designing and building progressive dies. Although both men are no longer with us, their materials continue to be used in industry seminars, die design books, die making texts, professional association handbooks (e.g., ASM, SME), trade magazine columns and university course work.